Adrift on a Ghost Ship: Black Questions About The Soul of Rock'n'Roll.

It's about 3am, 31st Dec 2009, I'm on a boat, very slowly chugging north across the English Channel. I'm looking out into the pitch black icy water, feeling quite literally adrift, and I'm thinking...

Ten years ago I was meandering through a degree in music (yes I'm that old). Since that time the whole history of music, and of humanity, has been on fast-forward.
Whilst the digital age has freed and democratised access and interaction with knowledge and culture; globalisation and the march of consumer capitalism has absorbed and hypnotised billions of us; all this underscored by a counterpoint of religious extremism, 'terror', nuclear proliferation, climate change ecocide, and celebrity narcissism...
It ain't lookin pretty for us folks, but what has all of this got to do with rock'n'roll music?

Well why do we make music in the first place?
I mean 'we' as a species of highly evolved hominids, not those few slack-jawed brainless plastic puppets mostly known as 'pop stars' and 'rock stars' who rape the beauty of music in the service of fame and money games...
We love music and we make music because it is profoundly human, instinctive, immediately beautiful, intensely meaningful, powerful, healing, inspiring, to express the inexpressable, reach for the unreachable, to dance to, make love to, cry to; we make it to celebrate, express and engage in this thing called life, and for all the other countless reasons we need to make music, we make make music.
It's just part of what we are.
And what about rock'n'roll?
For me (like most people) it was always about freedom, rebellion against whatever real or metaphorical constraints are forced upon us – that's what those rhythms and electric guitars are all about – well, that and shagging of course.
That was its power and its beauty as an art form, which must have been unbelievably exciting as it was born and grew up in a technologically expansive modern world that seemed to offer a limitless human future for the optimists amongst us- and for the few punks and oddballs that raised concerns, music was still part of the dialogue.

But what happened?
Recently as I've been mixing my first album and thinking about my own relationship with music I've found myself acknowledging and questioning the growing feeling that something somewhere has gone profoundly wrong with the way we (as in most humans, particularly in the 'Developed' world) understand and appreciate music.

Somewhere along the way have we quite literally sold our soul?
I'm starting to wonder whether in typically messy human style our creativity has gotten us everywhere and nowhere... Has the global marketplace, in the pursuit of profit, simultaneously funded and driven amazing artistic and technological exploration and innovation, at the same time as systematically fragmenting all genres into evermore granular 'product', eroding if not removing the genuine cultural power that music once enjoyed; homogenising everything into vapid consumer 'entertainment' once and for all?

Whether it was as an inspiring element of the mass-movements of the sixties, or the private magic of real folk music going back centuries; music once had a tangible power that was essentially disconnected to money. Sure, money was involved sometimes, sometimes not – but music had its own weight and momentum. Now that everything is more or less simply 'instant entertainment' of one kind or another music is a very disposable commodity, at once utterly diverse, ubiquitous and toothless, funnelled into the perfect machine which transforms all our best efforts into into little grains of silver and gold, or else worthless lead to be ignored...
So it seems these days new music has very little power to shock you, challenge you, change you like it could – will we ever have another Mozart offending pompous aristocracy, or another Elvis making good Catholic girls squeal and scream, another Shostakovich flipping the birdy to totalitarianism, or another gender-bending Ziggy Stardust on Top Of The Pops?
Can any new music really have IMPACT anymore?
I'm not talking about hype – the machine is very good a whipping that up and has no shortage of good consumer drones ready to play along as if the latest big thing is really the next Beatles - but really in what way does any of it MATTER like it once did?

I'm also not talking about propaganda – all art can (in it's own way) shape society and ideology but I think that should be a by-product, never an end in itself (and in any case that influence has largely gone too, save consumerist propaganda) - no that's not really the kind of impact I have in mind... I'm talking about those seminal moments where a record or performance makes a permanent mark on a collective conciousness – an inner ”holy shit”
moment that everybody feels but maybe can't quite describe.
As long as we as artists, as humans, buy into the current consumer marketplace of art is it somehow already sold-out, a stillborn sacrifice to the solid gold idol of Obsolescence?

But then again, as I'm thinking all this, sat on this creaky old ferry in the gloom, I'm wondering if any of these doubts are really justified or has it it in some way always been like this? Isn't this just more of the same age-old old tension between Art and Commerce? Wouldn't a perfect digital free market set the ideal conditions for real creative innovation - or have we entered a new age of permanent entertainment choice paralysis, an eternal 'meh' from the self-propagating MTV generation? Is the issue even about money per-se as much as our sleepwalking into an infinitely blasé über-po-mo nightmare of constant mediocrity?
But then artists have always had to make a living after all...
Or have they? As in, have they had to make a living out of their art or has some of the best art – the great art (like the great science) – been made independently of marketplace demands, funded from elsewhere, coming from a place of pure inquiry and necessary expression, offered up to the world (or not) in a spirit of human openness and generosity not as a means to a (potentially lucrative) end - not having to justify itself with demographics? If so did it depend on market forces to hold its little cultural light aloft or could it start its own cultural forest fire, damn the consequences? Could any music ever do that now?

Maybe I'm just being a typically conflicted, self-obsessed artist wrestling with my own material dilemmas, or am I really on to something here about the state of music today?
If so is it too late anyway – I mean where could we go from here in any case? Make all music free? Should I give away my work for free? How would that help change anything?
How would all this work in an ideal world and how could we get there from here?
I don't know... I'm adrift.

I do know that music is still immensely important for us on a personal level. In that most intimate of arenas – the ipod playlist – we are still moved, still addicted, our individual appetites (however compromised) still gnaw at us and drive us to need and to love music in ways which still echo our truest and most ancient desires. Maybe there's hope for us yet, even if I don't know what that looks like, or how I should look for it...

I guess I'm still hoping Nick Cave's Dad was right when he said “In the end it is Beauty that is going to save the world”.
Posted by Kit A at 15:41 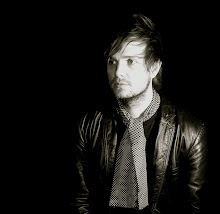